The cart is empty

TISUK’s Board of Advisors: Lived Experience

We are thrilled and honoured to have three heroes on our Board to advise us about the needs of children and teenagers in schools and communities. Their vital work with the most vulnerable in society is inspirational. 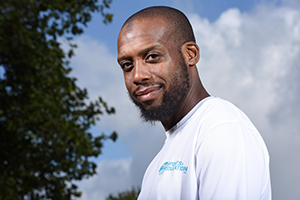 Tanayah Sam is living proof that the destructive cycle of re-offending can be broken. His harrowing but uplifting life story shows that no-one is beyond help and that solutions to issues such as gangs, extremism and violent crime can be found. Tanayah runs two non-profit organisations, Tanayah Sam Associates and One 2 Engage. His organisations works with young people in schools and prisons who are part of, or at risk of, joining gang culture, as well as those vulnerable to extremist influences. Tanayah is also an ambassador for Alliance of Sport in Criminal Justice. Article about Tanayah Sam and mentoring programme here. He also offers training for those working in the criminal justice system, giving them deeper insight into the backgrounds and culture of BAME offenders and how to tailor their programmes (especially sport projects) to engage and achieve the highest impact with that particular audience. 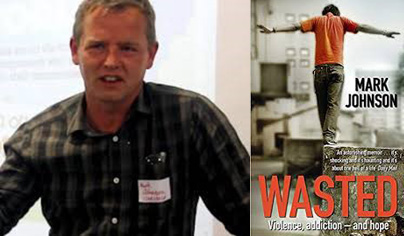 Mark Johnson’s father had ‘LOVE’ tattooed across his left hand, but that didn’t stop the beatings. The Johnson children would turn up to school with broken fingers and chipped teeth, but no one ever thought of investigating their home life. Mark just slipped through the cracks and kept on falling. For years. Constantly in trouble at school, Mark began stealing at the age of seven, was drinking by the age of eight, and took his first hit of heroin aged eleven. A sensitive, intelligent boy, he could never stay on the right path, and though Art College beckoned, he ended up in Portland prison instead After that, he was homeless for years as a heroin and crack addict. No one, least of all Mark, believed he would survive. And yet, astonishingly, Mark somehow pulled himself through. Mark is bestselling author of Wasted which documents his descent into the depths of addiction and criminality.

Mark now has an OBE and is founder of the charity User Voice. Mark’s story embodies the transformative change which User Voice strives to achieve. Mark’s direct contact with the criminal justice system, and later as an employer of ex-offenders and consultant for government and other charities, left him convinced of the urgent need to create a model of service user engagement that is fair for all involved. His principal aim was to foster dialogue between service providers and service users that is mutually beneficial, aiding rehabilitation and recovery and results in better and more cost-effective services. 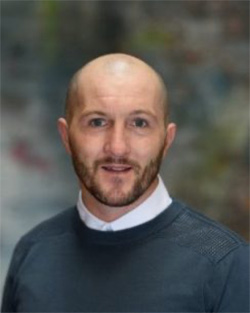 James’s multiple extreme adverse childhood experiences left him passionate to help others who like him had suffered terribly as a child.   He is now Development Officer within the Violence Reduction Unit. He has worked on various VRU projects Mentoring people with convictions seeking to re-create their lives and supporting change. James advocates strongly for change and awareness in how we address the hidden cost of untreated trauma and Adverse Childhood Experiences (ACE’s) in our society. Previously he has worked with a leading Children’s charity on diversion programmes with young people on the cusp of organised crime. James has both professional and personal experience of navigating the care and criminal justice system.